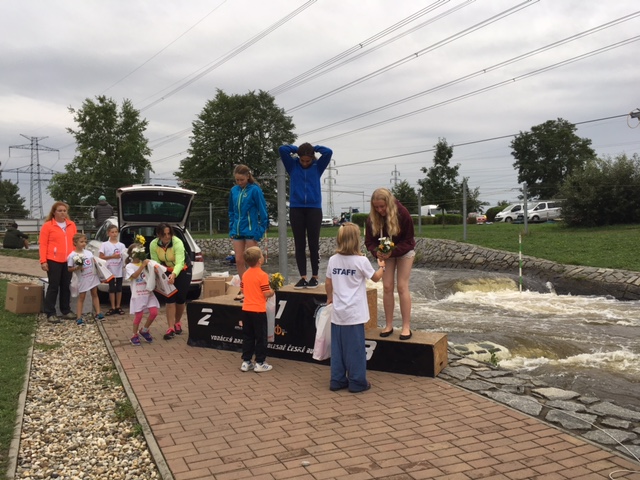 Next stop on the second of my European trips was Ceske, Czech Republic. I raced here last year and despite it not being a really big course I really enjoyed it. This is where I won my first ever ECA Cup medal. I had a few days here training before the race and it was really hot so we went swimming after every session to cool down! In the Saturday’s race I was given a 50 second penalty on my first K1 run. This was an incorrect judgement as I had gone cleanly through the gate. When we (me and the coach) tried to put a protest in it wasn’t accepted as they only had one judge and their opinion was the one recorded. They also unfortunately didn’t accept video. This meant that I didn’t make the final in K1 on the Saturday. However, I came 4th in C1. Then on the Sunday I made the final in both boats and finished 2nd in K1 (one place behind 2017 Junior K1W World Champion) and 3rd in C1. This meant that I won a bronze medal overall in C1. This was a very tough weekend of racing with some interesting circumstances.