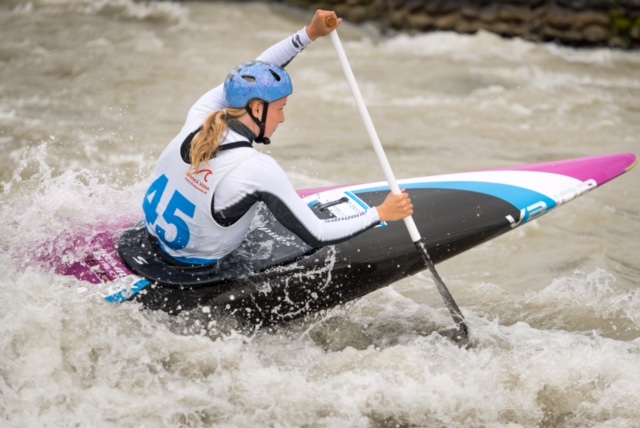 Next stop on the second of my European trips was Bratislava, Slovakia. This is the European course I’ve spent the most time at as I had a training camp and raced here last year. I spent the week before the race training here this year and then the week after the race training here too! This was the last race in the 2017 ECA Cup series. This was also one of the toughest weekends of racing this summer!! In the Saturday’s race I made the final in both boats finishing 3rd in K1 and 2nd in C1 and on Sunday’s race I came 2nd in K1 and 1st in C1. This meant that I won gold in C1 for the weekend and silver in K1. I was super pleased with this result as it was a really tough race on a really hard course (2017 Junior and U23 World Championships course). As this weekend was the last race there were also awards for the overall ECA Cup winners. I was super pleased with winning gold overall in the C1W catagory and bronze overall in the K1W category from all the ECA Cup races I have done this summer!! Next stop Brats training, then Augsburg for a few days training, then Lee Valley for two days and then HOME!!!!